A Blissful Safari in South Africa 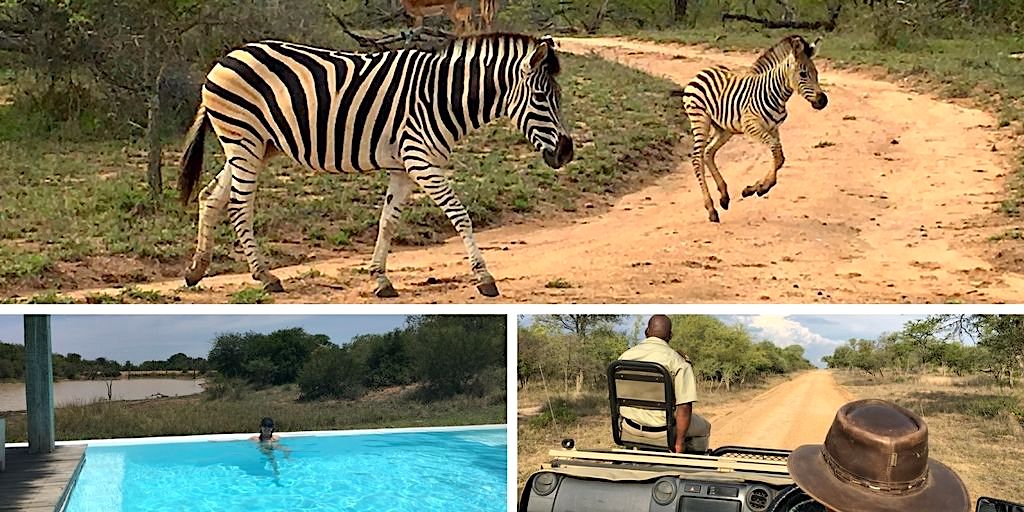 A safari in South Africa promises adventure, reconnection with the natural world and relaxation

I recently experienced my first African safari and it was unforgettable!

The exposure to the beautiful landscapes of the African savannah, was not only a wonderful display to the sight, but to all the senses. The close encounter with wildlife in their natural habitat was an adventure that brought back the child in me. My emotions went from excitement, to complete joy and relaxation. 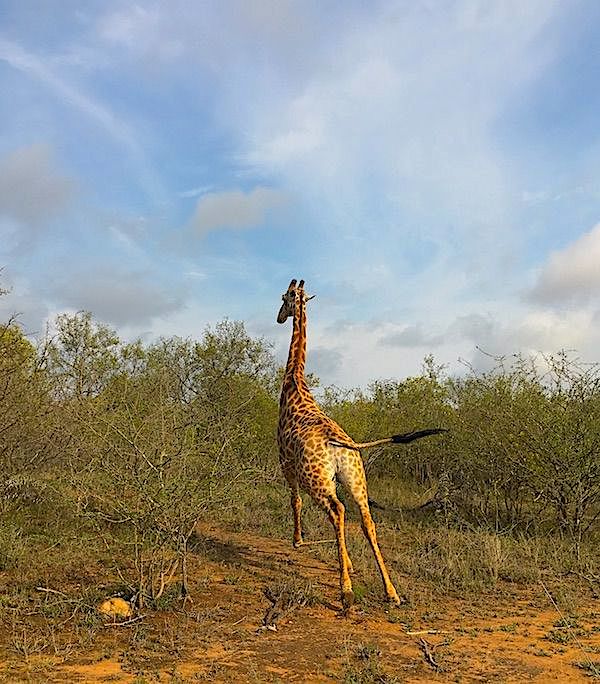 There is more than one way to experience an African Safari. In my case, I opted for a private lodge within a 13,000 hectares private game reserve and organised game drives twice a day.

After a long journey to reach the very small and basic Hoedspruit Eastgate Airport in the north-east of South Africa, we were greeted by a ranger who drove us to our lodge in an open game viewing vehicle. The adventure started right there. We saw beautiful antelopes on our way. We didn’t know that they were so common in the area, so we hurriedly reached for our cameras in excitement and took lots of photos. Who knew that three days later, we had seen so many that we aimed to photograph less common species instead. 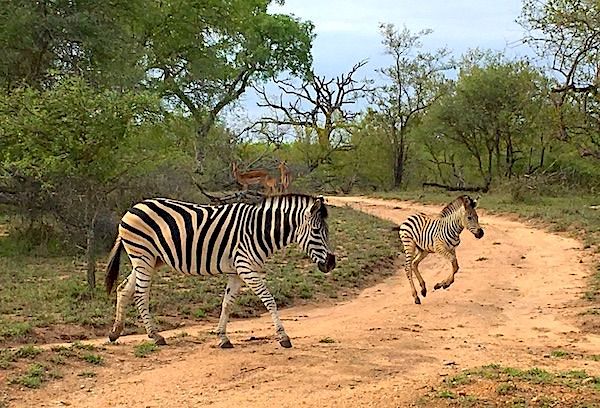 The Game Drives, our reason to be there

The ranger drove on and off-road looking for animals to show us. The aim and the challenge were to see the Big Five (Buffalo, Elephant, Leopard, Lion, and Rhinoceros,) which are the five mammals considered the most dangerous animals to hunt, primarily because they fight back! By day three, we had encountered the big five.

We also saw many beautiful species of wild animals and birds, and learned about them. For example, I didn’t know that the giraffe has four stomachs which makes it able to digest food that other animals and humans cannot. We not only saw wild animals in their natural habitat from a close distance, but also learned about the different species that live in the African savannah; how to differentiate males from females according to species, how they mate, how they live and socialize, and more.

Not knowing what animals we would encounter next, made the drives even more exciting. 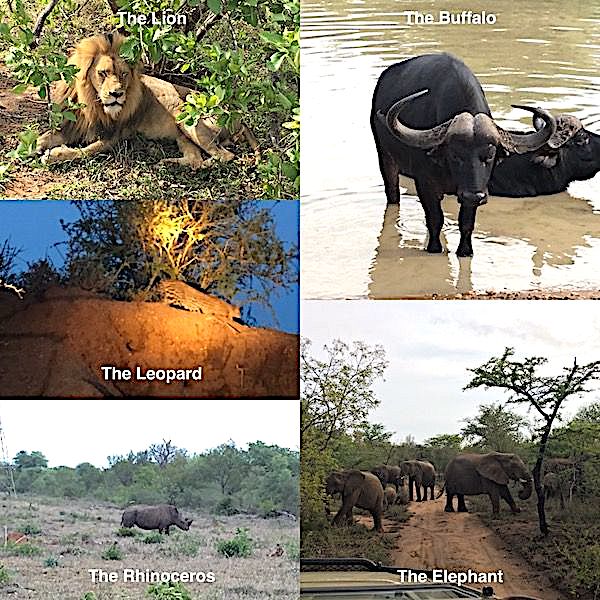 The vehicles used to go on game drives are open four-wheel drives, without seat belts and sit nine passengers within three rows. The ranger drives the vehicle and the tracker, who rides on a seat outside the vehicle in the front left side, looks for animals, warns passengers of sharp branches, and is responsible for the mid-drive stop catering. It’s really fun to ride on those vehicles, and even though they have no seat belts and the rides can be rough, I always felt safe. 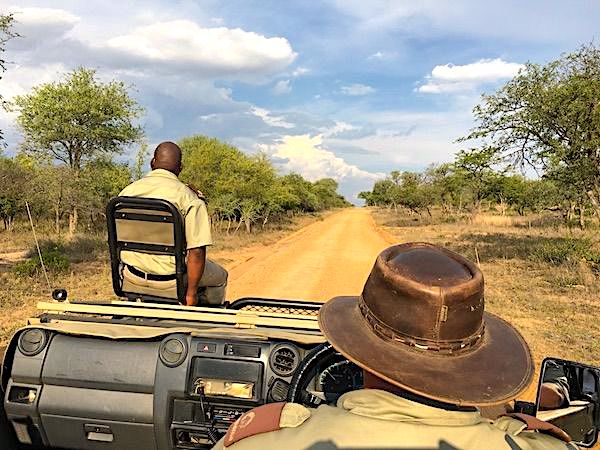 There was a strict rule to follow during the game drives – no standing up in the car because it gets the attention of animals, and could be dangerous for the rest of the passengers. 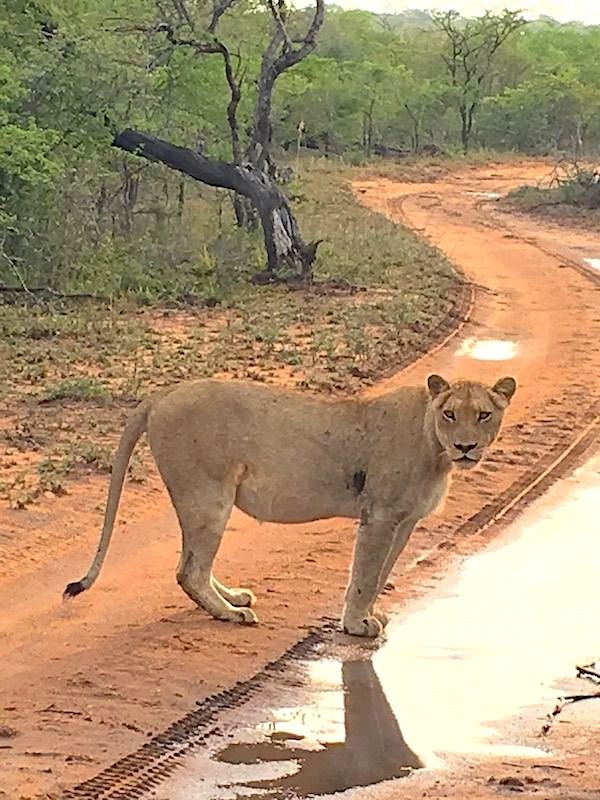 After about an hour and a half of driving around and finding all sorts of animals, birds, and even rests of animals such as bones and skulls, it was time for a break, a beverage and a snack. The ranger and tracker found safe places to stop and get off the vehicle, usually with beautiful views. After stretching our legs and contemplating the landscape, we found a table with beverages and snacks that the tracker had set-up for us to enjoy. This was such a treat!

This break was a great opportunity to chat with the ranger and the tracker, and get a better idea of how life in the Savannah is, get to know people who are passionate about wildlife, and learn about a lifestyle that might be completely different to many. 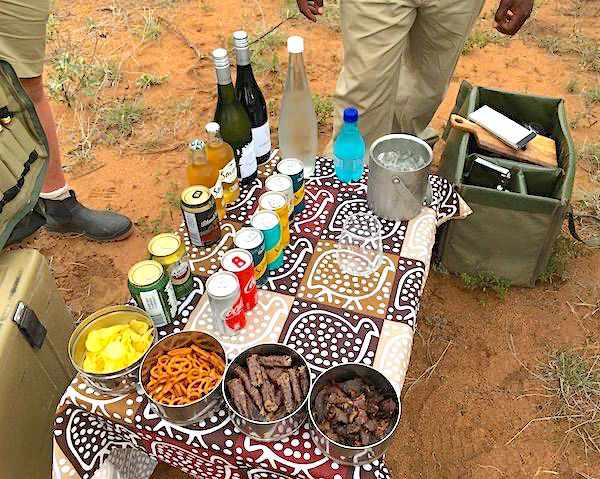 Leisure in between game drives

Between 9am and 4pm there was enough time to enjoy the amenities of the lodge and unwind. The atmosphere was very relaxing with all sorts of birds and monkey noises. Some wild animals also approached the lodge but kept their distance. During breakfast we saw some cheeky monkeys steal food from tables. It was funny. The lack of TV and the weak internet connection, invited to read a good book and have good conversations. From day one, city life seemed very far away. 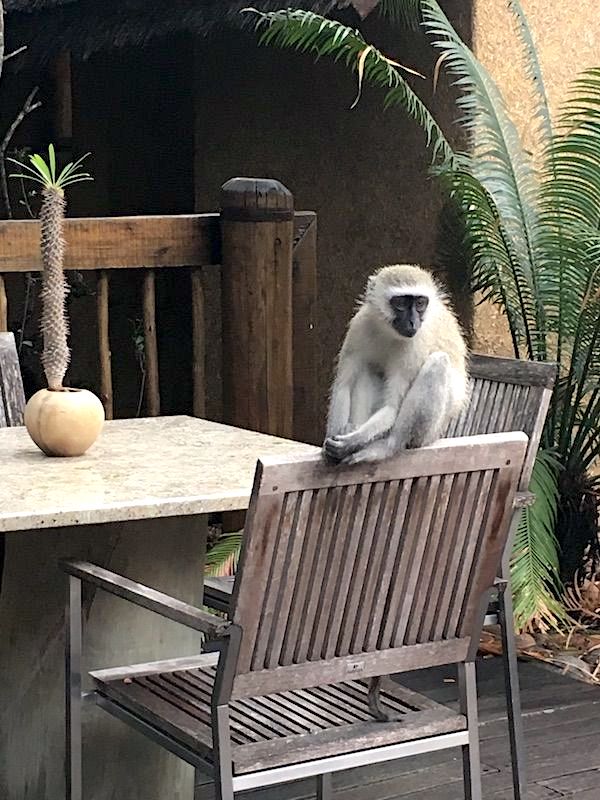 The evenings filled with African flavour

Dinner was served at the same time for everybody. The menu changed every night with an array of local cuisine as well as international dishes. One evening the theme was a Braai, which means a barbecue in Afrikaans. There was a whole lamb on the grill, and other meat and fish with beautiful and flavourful garnishes.

The lively atmosphere had long tables with groups of people eating dinner with their ranger. There were all sorts of celebrations, from birthdays to wedding anniversaries and honeymoons. The party continued at the bar, but not for long as wake-up call was at 5am.

Some tips to consider 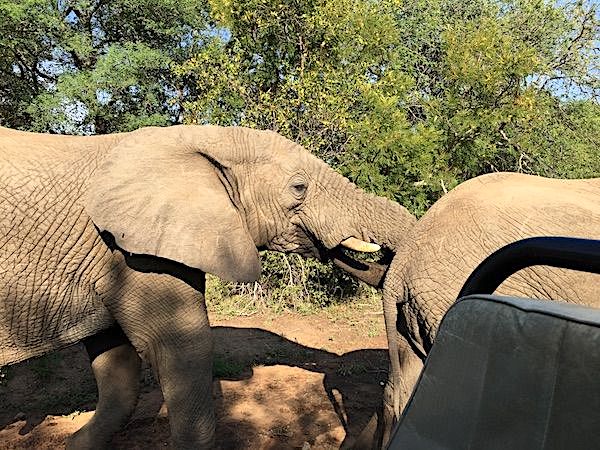 The safari experience was an unforgettable one. The landscapes and the animals create an atmosphere that relaxes you and highlights the best in every person. We met different groups of people from around the world. A family of 14 celebrating grandma’s 80th birthday, a couple with their daughter celebrating thirty years of marriage, a young couple on their honeymoon, an adventurous woman travelling solo, and more.

This site uses Akismet to reduce spam. Learn how your comment data is processed.

* We all hate SPAM so I promise to keep your email address safe.

Recent from the Blog

Searching is in progress